Five Night Freddy – FNF Mod Mod is a well-known mod among Friday Night Funkin players. It’s one of the most popular games developed by FuriousCreeper and his team. The mod is receiving tons of preferences from the FNF community. The challenges in FNF are tough for players, but with a mod, you can turn down the difficulty. Once you get familiar with how to play, you can switch to the normal mod.

At Friday Night Funkin Mods, you must overcome the challenge and defeat your opponent to win the heart of the girl and her Dad.

In the KBH games, you can play Five Night Freddy – FNF Mod online or right on our website by clicking on Play now!. You can also download the game to your device to play offline. In order to play, you need the FNF Mods (file attached at the end) to be extracted to .exe. Run it to play. You can also click on this link to explore the other two Mod versions of FNF Online. You will fall for it: FNF vs Super Mario Bros (Funk Mix DX) and FNF Funk of 87 (Collection).

This game has a siample gameplay but is very challenging. You can use WASD or the arrows to play Five Night Freddy – FNF Mod Mod on the keyboard. To start or pause, press Enter.

Use the Arrows for WASD 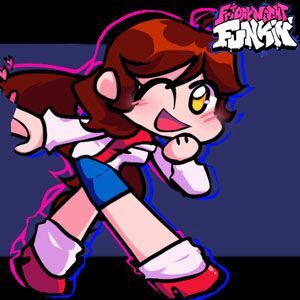